NORTH HOLLYWOOD, CA - JANUARY 9: With 15 stitches in his upper lip as a result of a weekend motorcycle accident California Governor Arnold Schwarzenegger speaks to reporters as he visits the Northeast Valley Health Corp. Woman, Infant, Child Center on January 9, 2006 in North Hollywood, California. The governor was riding his Harley Davidson motorcycle on Sunday January 8 with his 12 year old son Patrick in a side-car when he collided with a car that pulled out into the street in front of him. His son escaped injury. At the center, Governor Schwarzenegger spoke about health insurance for children and announced a $72.2 million budget proposal to maximize enrollment of eligible children in the Med-Cal and Healthy Families programs. Photograph by David Paul Morris 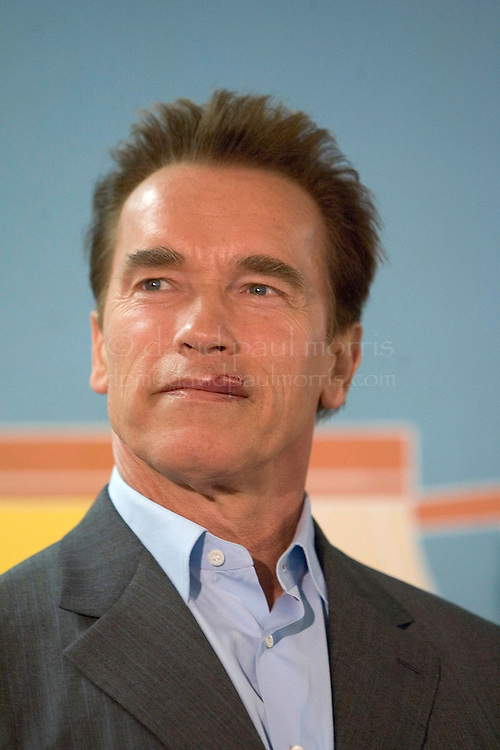