SAN FRANCISCO - FEBRUARY 12: Ellen Pontac (2nd R) and Shelly Bailes who were married one year ago and together for 31 years kiss as Erv Roberts and Terry Price look on. Gay and Lesbian couples who were married last year attend the 1st wedding anniversary bash hosted by Mayor Gavin Newsom in City Hall on Saturday February 12, 2004. Several thousand couples along with their family and friends attended the morning event which will include celebrations throughout the day. Photograph by David Paul Morris 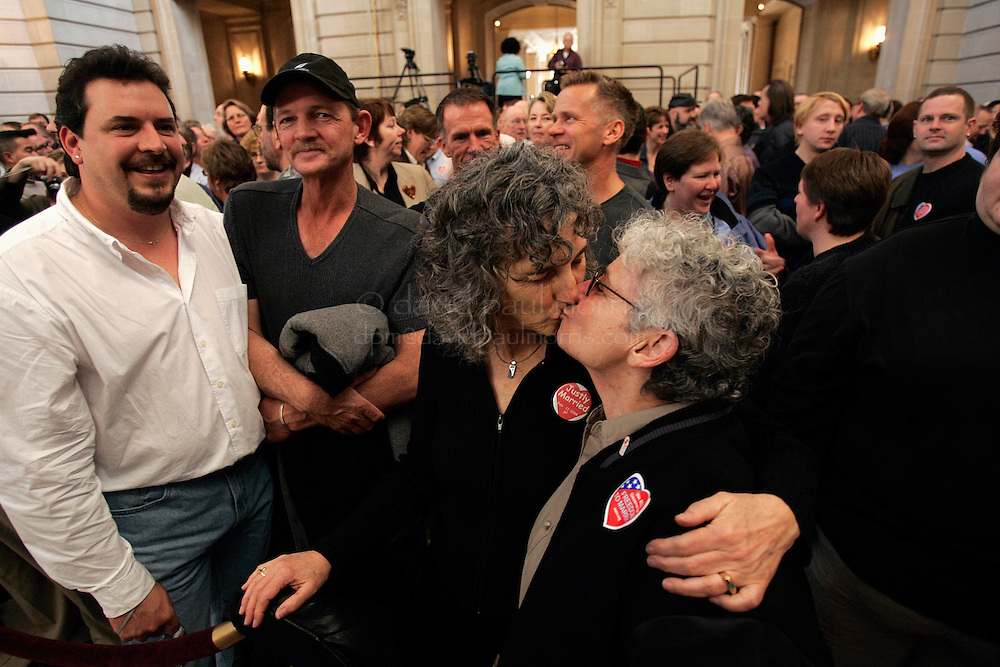