MENLO PARK, CA - JUNE 29: A Tesla Roadster logo is painted on the side of a Tesla Roadster Sport at the Tesla dealership in Menlo Park, California, on Tuesday, June 29, 2010. Tesla Motors, Inc., manufacturers of electric cars, raised over 225 million dollars by selling shares 40% above the forecasted price shooting up $6.89 to close at $23.89 and became the first American automaker to go public in more than 50 years since Ford Motor Company went public in 1956. Photograph by David Paul Morris 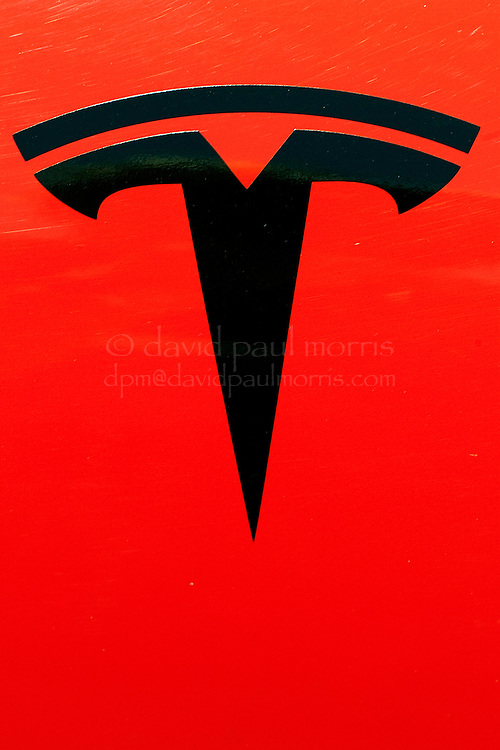