Hillary Clinton, former Secretary of State and 2016 Democratic presidential candidate, greets supporters during an event at Stanford University in Stanford, California, U.S., on Wednesday, March 23, 2016. In the wake of a series of deadly terrorist attacks in Brussels on Tuesday, the U.S. presidential front-runners clashed over interrogation techniques and whether to stop foreign Muslims from entering the country. "Our country's most experienced and bravest military leaders will tell you that torture is not effective," said Clinton. Photographer: David Paul Morris/Bloomberg *** Local Caption *** Hillary Clinton 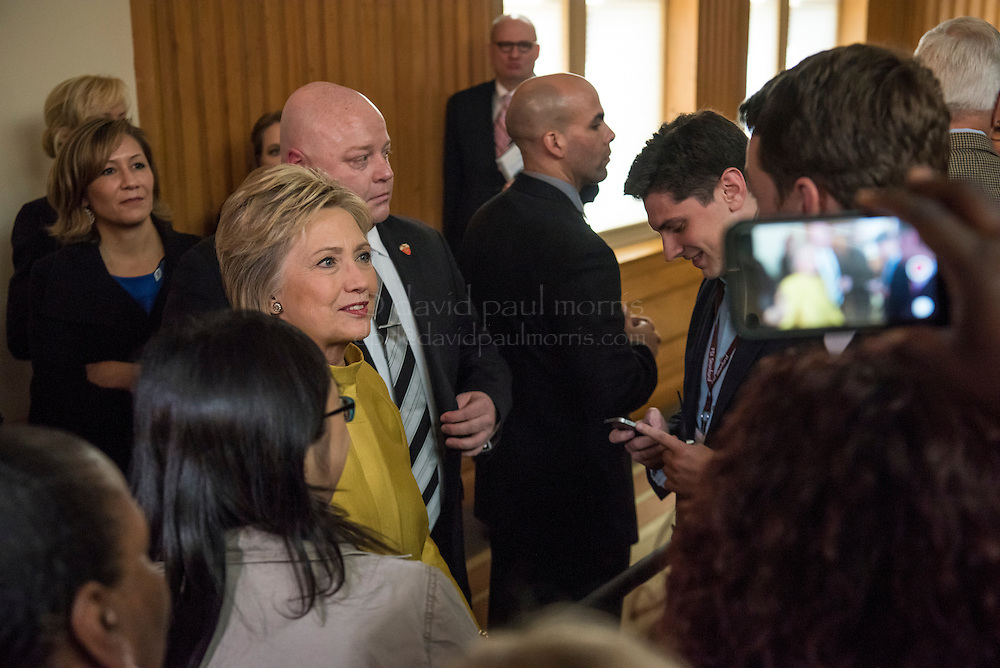